The urban core is growing again 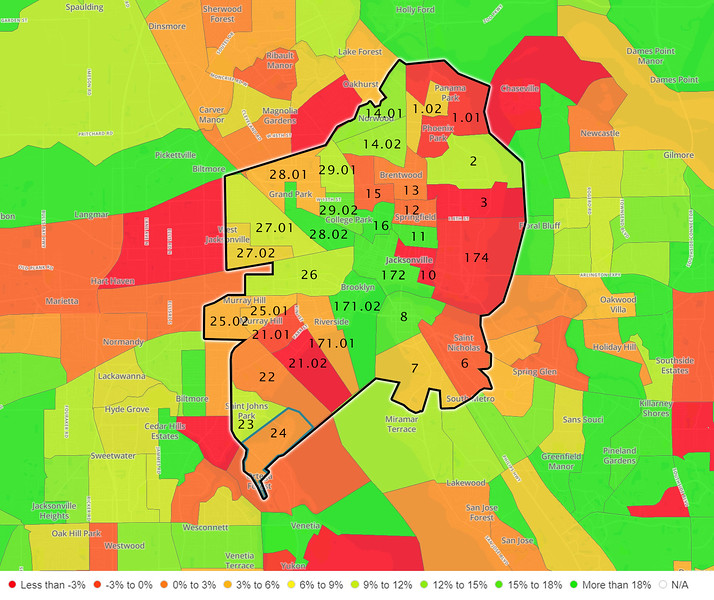 Outlined in black, the 33 urban core census tracts highlighted above are nearly identical to the 30 square mile land area of the city of Jacksonville prior to consolidation. Largely built out before World War II, for the purposes of this article, this area is defined as the Urban Core.

Jacksonvilleâ€™s Urban Core â€“ the area within the city limits before Consolidation â€“ is growing for the first time in six decades, according to the 2020 census. The 30 square mile old city of Jacksonville topped out 204,275 residents in 1950, per that yearâ€™s census, and then entered a state of precipitous decline. By the 2010 census, the population for the same land area had plummeted to 104,047.

Things have started to turn around over the last decade. The population increased by 6,318 residents for a total population of 110,365 in April 2020. While Downtown has received most of the attention thanks to a series of new residential developments and a concerted campaign to increase its population, other parts of the Urban Core are also growing. The population in Census Tracts 16, 28.02, and 29.02 (Durkeeville and New Town) increased 19.9%, 21% and 15.2% over the last decade. In comparison, Census Tract 172, which contains the downtown Northbank and LaVilla, witnessed an increase of 16.7% since 2010.

Displacement in the Eastside

Covering the Eastside and the Sports District, Census Tract 174 shrank slightly, losing 52 residents since 2010. Of interesting note, the Black population in the historically African-American community made up 87.8% of the tractâ€™s overall population in 2010. That number has declined to 80.6% in 2020. At the same time, the White population grew 18.3% and the Hispanic population grew 122%. These numbers suggest that the neighborhood is beginning to feel the displacement impact of real estate speculation associated with proposed new development and plans in the Sports & Entertainment District. 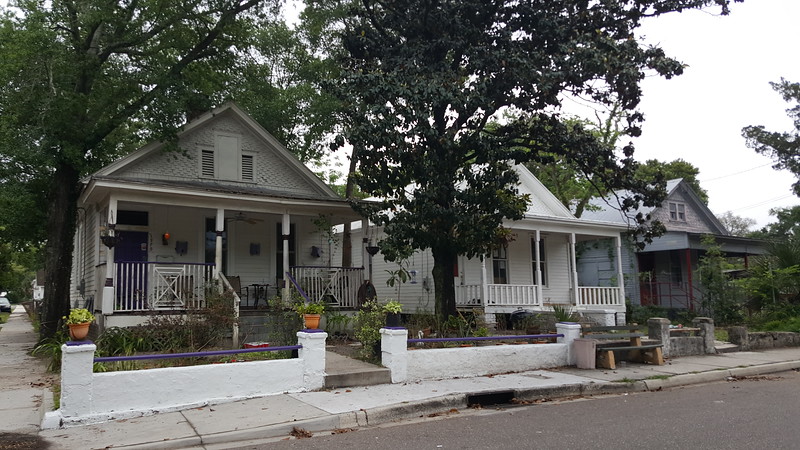 The neighborhood of Phoenix near Springfield saw a tremendous growth in the number of Hispanic residents. This Eastside neighborhood is represented by Census Tract 3. While the total population declined 7.2%, the tractâ€™s Hispanic or Latino population grew by a whopping 224.4%. With Hispanics now making up 6.5% of the tractâ€™s population, this population shift in a routinely overlooked walkable working class neighborhood will be interesting to follow.

Brooklyn is blowing up

Brooklyn and the Five Points area of Riverside make up Census Tract 171.02. Due in large part to the construction of new multifamily properties in Brooklyn since 2010, the population has risen dramatically across all races and ethnic groups. Growing by 70.4% since 2010, this tract saw the largest increase of any Urban Core neighborhood.

Next page: Jacksonville through the years