Henry B. Plant: The King of Florida

Jacksonville and much of Florida owes a lot of gratitude to this railroad tycoon, whose 19th century infrastructure investments have paved the way for a 21st century Florida.

A Railroad Tycoon Falls In Love With Florida 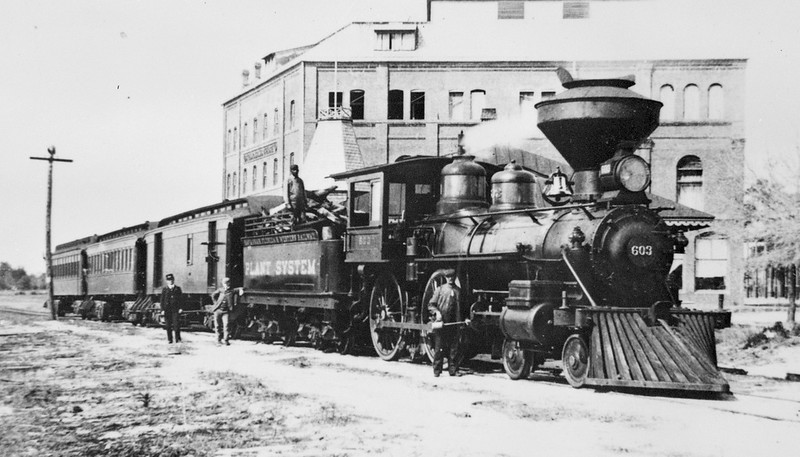 The Orange Belt Railroad, between St. Petersburg and Sanford was completed in 1888 by Peter Demens. It was purchased by Henry B. Plant in 1895. Image courtesy of the State Archives of Florida, Florida Memory, https://floridamemory.com/items/show/3533

In 1898, Success Magazine featured an article titled “Henry B. Plant, The King of Florida.” According to the story, “South of Mason and Dixon’s Line, probably no name is better known - unless it be those of the living Confederate leaders, than that of Henry B. Plant, founder and manager of the Plant System of travel.”

By 1895, his Plant System employed over 12,000, with the Atlanta Constitution claiming, “Mr. Plant is one of those remarkable men who masters all conditions and creates environment. He is a builder - a creator. A whole state blossoms at the touch of his magic wand.”

The son of a farmer, Plant was born in Branford, CT on October 27, 1819. At the age of 18, he began working as a captain’s boy for the New Haven Steamboat Company. While with the Adams Express Company, Plant was transferred from steamboats to railroads. In 1853, due to his wife’s health, Plant arrived in Jacksonville and soon recognized the possibilities of future development in Florida.

During the Civil War, fearing the confiscation of their Southern holdings, Adams Express sold them to Plant. After the Civil War, with much of the South in ruins, Plant bought the Atlantic and Gulf Railroad and the Charleston and Savannah Railroad at foreclosure sales.

The Charleston and Savannah Railroad was reorganized as the Savannah, Florida and Western Railway on December 9, 1879. This railroad was extended from Waycross to downtown Jacksonville, near the present day Acosta Bridge in April 1881.

With these serving as the core, he began to develop a southern transportation network that included 2,100 miles of track, steamship lines, and hotels.

Magnolia Springs was just north of Governor’s Creek. Called the Princess of Florida, the community was home to “The Hotel” at Magnolia Springs. The hotel burned in 1923. Courtesy of the Clay County Historical Archives.

Extensions south of Jacksonville, during the 1880s, into Central Florida began to open the rest of the state up to new development, giving Florida orange growers and phosphate mines quick and cheap access to Northern and international markets.