The Lost Story of Regional Breweries in Florida

A 'regional brewery' can be described as one that distributes to particular regions on a smaller basis than the nationwide breweries many of us are familiar with today. According to the Brewers Association, a regional craft brewery is one with an annual production level between 15,000 and 6 million barrels. Currently, the Florida Beer Company and Cigar City Brewing are the only regional craft breweries operating in Florida.

The Jax Brewing Company grew to become the state’s second largest brewery by the time it closed in 1956. Courtesy of the City of Jacksonville Historic Preservation Office.

From 1890 until prohibition, regional and local breweries were the real playmakers in the American brewing industry. Up until the late 1960s, Florida’s cities were home to several established regional breweries. Here’s a brief rise and fall story of six regional breweries that successfully quenched Florida’s thirst for decades before finally succumbing to the pressures of competing with large-scale national breweries.

The Atlantic Company and Lake Ivanhoe in 1939. (State Archives of Florida).

In 1937, with breweries already operating in Atlanta, Chattanooga, Charlotte and Norfolk, Atlanta-based Atlantic Company, opened its fifth brewery in Orlando at 1171 North Orange Avenue. During the 1940’s, the Atlantic Company became the largest regional brewer in the South. Adjacent to the Orlando Water & Light Company, both plants pumped their water out of nearby Lake Highland. Atlantic produced several beers including Atlantic Ale, Beer, Bock Steinerbru Ale, Beer, and Bock Signal Draft Beer. Their slogans during this time period included “Atlantic Ale and Beer: Full of Good Cheer” and “The Beer of the South.” According to the book “Atlanta Beer: A Heady History of Brewing in the Hub of the South,” ABC’s “long aging process and more flavorful beers placed a higher burden on their brewery than did other breweries’ technologies for mass production.” Struggling to compete with national brewers like Anheuser-Busch and Schlitz, the Orlando brewery was sold to NYC businessman Joe Rigenback in 1954. His company, Marlin Brewing Company two brands were Marlin Green Hornet Ale and Marlin White Label Beer. Two years later, the brewery was sold to Baltimore-based National Brewing Company. National closed Orlando’s brewery in 1961, relocating its operations to Miami’s Regal Brewery which it acquired from Anheuser-Busch in 1958.

Penascola’s Spearman Brewing Company was founded on April 6, 1934 by Guy Spearman.Spearman decided to get into the brewing business after visiting the Carta Blanca Brewery during a trip to Monterrey, Mexico. On May 18, 1935, he opened the Spearman Brewing Company adjacent to his Crystal Ice Company ice plant at 1600 South Barrancas Avenue. The brewery included a three-story brewhouse, a two-story stock house and a bottling house capable of packaging 6,000 bottles a day. At the time, the brewery was considered to be one of the most modern of its size in the South.

Within a short drive of Pensacola’s Naval Air Station, production peaked during World War II with 150 employees brewing 80,000 barrels in 1943. The brewery’s brands were Spearman Draft Beer, Spearman Draft Ale, Spearman English-Type Ale, Spearman’s Straight Eight Beer, and Bon Premium Beer. In 1959, Spearman sold the brewery to International Breweries and went back to concentrating on his ice making business across the street. However, International Breweries’ pockets couldn’t keep the brewery from losing its edge on the Gulf Coast to major corporations like Busch and Pabst. In 1964, it closed for good, remaining abandoned until its demolition in 1987.

(UWF Archives/Special to The Pulse).

Shortly after the repeal of prohibition, the Southern Brewing Company opened at 700 East Zack Street in 1934. Of interesting note, its brewing operations, which churned out 3,600 pints an hour, could be observed from the street through its large glass windows. For years, it’s Silver Bar Ale was a popular drink in taverns all across the region. During the 1940s, Southern brewed roughly 90,000 barrels a year, which is comparable to some of Florida’s largest craft brewers today.

In 1956, Detroit-based International Breweries Inc. (IBI), acquired the downtown Tampa brewery. In 1959 and 1961, Schlitz and Anhueser-Busch opened breweries in Tampa, driving down prices and saturating the local market. As a response, IBI purchased the recently closed Tampa Florida Brewery’s copyright name “Tropical” in hopes of gaining a larger share of the local beer market. However, competition from Schlitz and Anheuser-Busch proved to be too much. Unable to compete, IBI ceased operations in Tampa for good in 1963.

The Florida Brewing Company, Florida’s first brewery, began operations in 1897 in Ybor City. It was established by a group of cigar industrialist who realized a lack of competition in the Southeast. Initially, the brewery opened with an annual capacity of 25,000 barrels. At the time, its brewhouse made it the tallest building in the city. Considering Tampa was one of the country’s wettest cities during prohibition, it’s not surprising the brewery’s owner bucked the law before being raided, shut down and sent to jail for six months in 1928.

After prohibition, it reopened under new ownership and a new name, the Tampa Florida Brewery Inc. Soon, its German-style flagship lagers, La Tropical Beer, Ale and Brock were sold and distributed all across the Southeast. The company was also the leading U.S. beer exporter to Cuba. During World War II, production increased to 80,000 barrels of beer a year. Unfortunately, success would come to an abrupt halt in the late 1950s with national brewers Anheuser-Busch and Schlitz building new macrobreweries in Tampa. At the time, the brewery still had Cuba to lean on. This would come to an end as well with the rise of Fidel Castro and the embargo on Cuba, resulting to the brewery closing for good in 1961.

After its brewing days, the building was used for tobacco storage and a Cold War bomb shelter before sitting vacant for 25 years. In 1999, it was restored and converted into a law firm and office space. 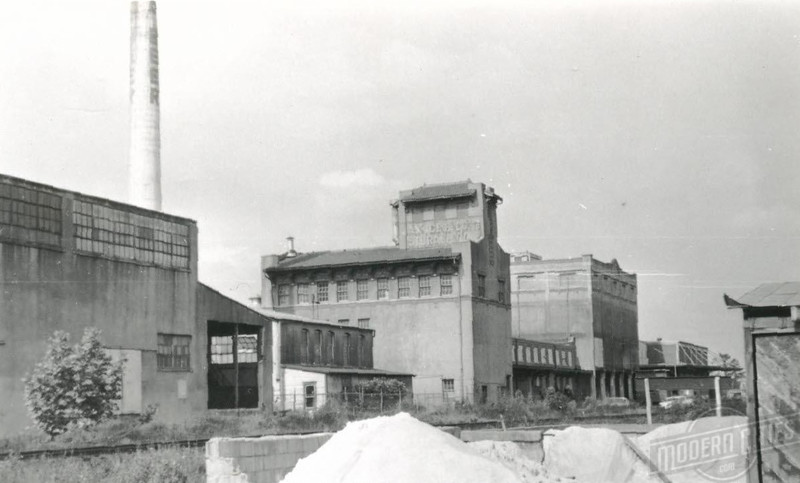 Married to the daughter of Jacob Schorr of Schorr-Kolkschneider Brewing Company of St. Louis, with the help of the Schorr family, William Ostner broke ground the Jacksonville Brewing Company in 1913. The first brew from Ostner’s 30,000 barrel a year brewery hit the market on May 16, 1914. By the time Jacksonville went dry in 1918, the brewery’s employment was up to 243 and its debts had been retired. During Prohibition, the brewery’s name was changed to the Jax Ice and Cold Storage Company and the production of beer was replaced with Velvet Brand ice cream, Florida Export and Old Fashioned Dark “near beer” and the bottling of root beer and ginger ale. Anticipating the end of prohibition, brewing capacity was expanded four months before the passage of the 21st Amendment, enabling Ostner to hit the ground running in 1933.

The Jacksonville brewery was then repositioned as the Jax Ice and Cold Storage Company. In 1986, the business was sold to Industrial Cold Storage (now ICS Logistics). Today, the abandoned 130,000-square-foot brewery is one of a handful early Florida regional brewery buildings still standing. 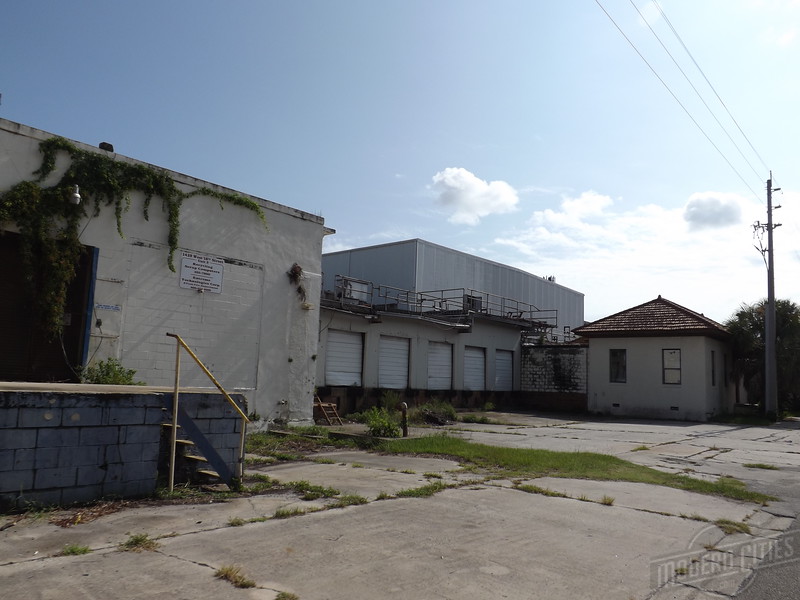 Down in Miami, the City Ice and Fuel Company saw the end of prohibition has an opportunity to diversity its business. Right after the ratification of the 21st Amendment, City Ice established the Wagner Brewing Company at 637 NW 13th Street in the city’s Overtown neighborhood. Brewing started in 1934 and within four years, the company acquired the Pilsener Brewing Company of Cleveland and a large interest in New Orleans-based American Brewing Company. In business since 1890, American’s most successful brand was Regal (lager spelled backwards) Beer. This led to Wagner being rebranded as the Regal Brewery. For years, its rooftop neon “Regal” sign dominated the southwest corner of I-95 and SR 836.

A Regal Brewery can filling machine in 1967. (State Archives of Florida).

20 years later, Anheuser-Busch acquired the brewery with intentions to use all of its capacity to produce Budweiser for distribution in South Florida. After losing an anti-trust suit due to the federal government declaring the sale would give them a monopoly on beer production and distribution, Busch sold the brewery to Baltimore’s National Brewing Company. National used the brewery to produce Regal and other brands such as Colt .45 malt liquor. In 1974, National decided to shut down the aging 350,000 barrel a year plant, in favor of its 2 million barrel a year Baltimore brewery picking up the slack. The closure resulted in the lost of 107 manufacturing jobs. Unlike the regional breweries in Pensacola, Tampa and Jacksonville, Miami’s closed brewery would not sit empty for long. By the 1980s, it had been razed.

Stacks of Colt 45 inside Miami’s Regal Brewery in 1967. (State Archives of Florida).